Meet the Advisory Board:

Richard Kerr is a consultant neurosurgeon at Oxford University Hospital NHS Foundation Trust where he specialises in general neurosurgery, skull base surgery and vascular neurosurgery. Mr Kerr is the immediate past president of the Society of British Neurological Surgeons and RCS Council member and trustee. He was Co-Principal Investigator in the MRC-funded International Subarachnoid Aneurysm Trial (ISAT). The publication of this trial has led to a global change in the management of aneurysmal subarachnoid haemorrhage, with invitations to speak to learned societies from all over the world. 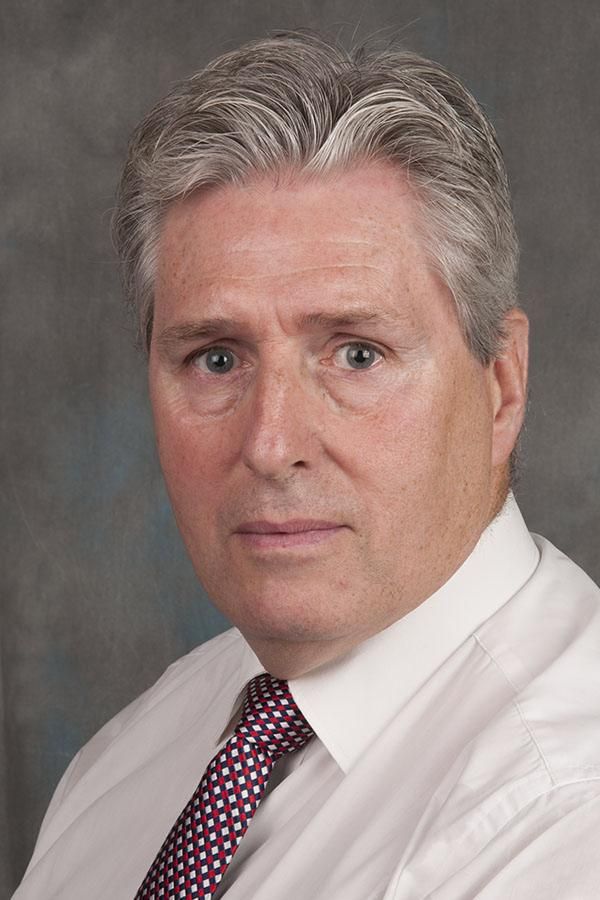 Hannah is the President of the College of Operating Department Practitioners (CODP). She is an Operating Department Practitioner with both clinical and academic experience, having held both teaching and senior leadership roles in Higher Education Institutes. She is currently Head of School of Health Sciences at Birmingham City University where she is responsible for a diverse portfolio including Allied Health Professions, Life Sciences and Sport and Exercise Science.

Hannah has presented at a number of conferences, published within academic and professional journals and co-edited a number of texts including the perioperative practice case book and the landmark text ‘Foundations of Operating Department Practice: Essential Theory for Practice’.  Hannah’s current professional research interests include non-technical skills in the perioperative environment and patient safety, in addition to her pedagogic research interests. 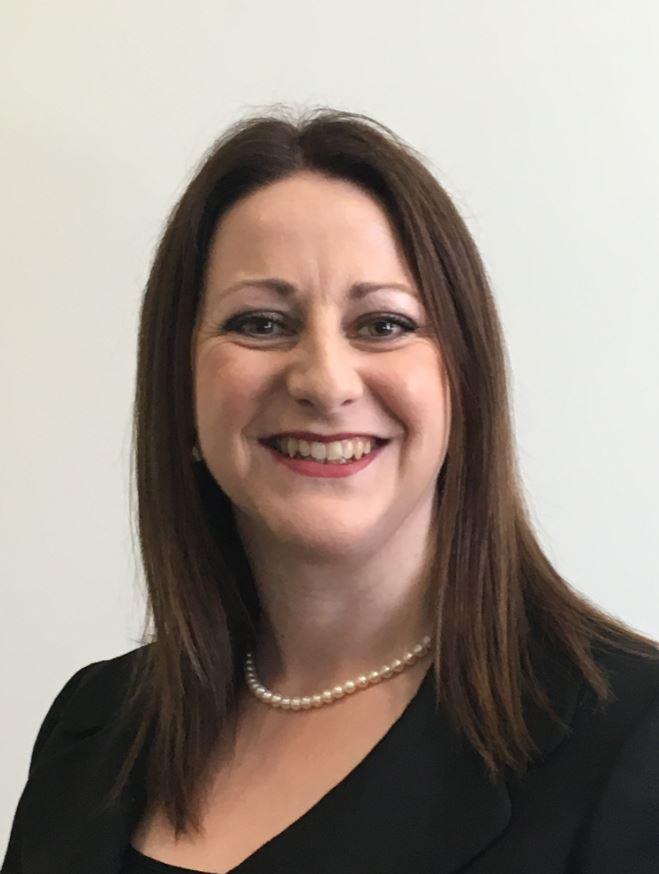 Dawn Stott has been the CEO of AfPP for the past ten years.  She has worked in healthcare for around 30 years and has experience within the primary and secondary care environment.  Dawn has led on the reshaping of the organisation and developed educational content, training programmes and strategy to support the growth of the organisation.

Her previous roles have included commissioning new hospital builds, commissioning new GP surgery builds, IT implementation programs, customer care training and quality improvement initiatives.  She has a strong interest in writing and has had many articles published in the trade presses.  She is an active volunteer with the Prince’s Trust. 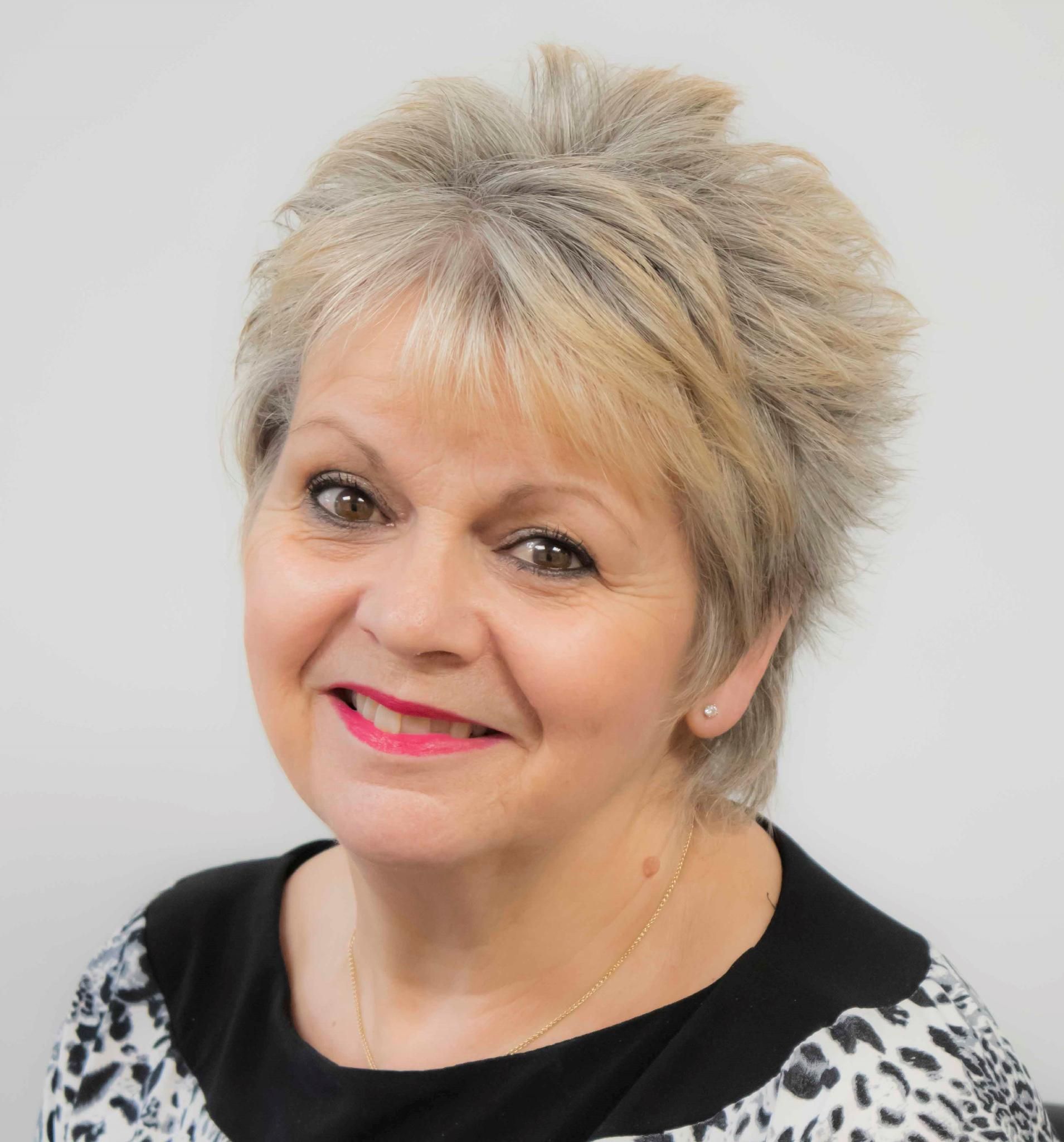 Suman Shrestha is the Professional Lead for Acute, Emergency and Critical Care at the Royal College of Nursing (RCN). He also works as a Consultant Nurse in Critical Care at Frimley Health NHS Foundation Trust. He is a qualified Advanced Critical Care Practitioner and Associate Member of the Faculty of Intensive Care Medicine. He has a wide range of clinical, managerial and academic experiences within healthcare. One of his key roles within the RCN is to support and provide leadership to the RCN Peri-operative Care Forum. He is also a board member of the Centre for Perioperative Care representing the RCN. 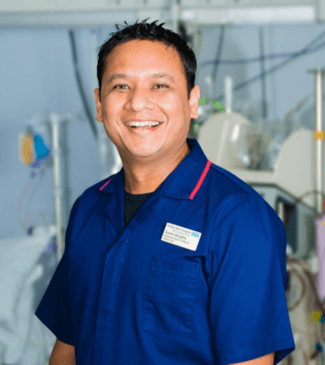 Josh is a Royal College of Surgeons of England and Bowel Cancer UK PhD Clinical Research Fellow at The University of Leeds and a General Surgery ST3 at Leeds Teaching Hospitals NHS Trust. After graduating from The University of Manchester he completed his Academic Foundation training in East London whilst completing an honorary research fellowship with the National Institute of Bowel Research and a postgraduate certificate in medical education. After completing an ACF in Yorkshire he is currently out of programme completing a PhD investigating novel solutions for Anastomotic Leak. He is the is the Immediate Past President of ASiT, Postgraduate lead for the NIHR MedTech Foundation and chairs the ASiT/RCS Digital Surgery & Robotics Trainees Committee who have recently commissioned the Future of Surgery: Technology Enhanced Surgical Training Report.

She is Trustee for AgeUK in Enfield, Governor of Capel Manor Gardening College and Patron of the British Association of Camouflage Specialists and sits on the SAS committee at the Royal College of Surgeons of England and has roles in the BMA and BAPIO.

David was appointed as the inaugural Director of the Centre for Perioperative Care (CPOC) in May 2019 and tasked with establishing and developing CPOC as a truly cross-organisational, multidisciplinary initiative led by the Royal College of Anaesthetists (RCoA), facilitating cross-organisational working on perioperative care for patient benefit.  He remains an active clinician, dealing with the competing demands of anaesthesia and adult critical care.

Prior to becoming Director of CPOC, David was the Chairman of the RCoA Clinical Directors’ Network, a national network of medical leaders in anaesthesia, intensive care and pain management.  He continues to be a representative on a number of the major College quality, safety and professional standards committees and also lectures locally, regionally and nationally on medical leadership.

Before beginning his leadership journey, David was a Regional Advisor for 8 years, an inaugural Intensive Care Medicine (ICM) Training Programme Director (TPD) and a Faculty Tutor. 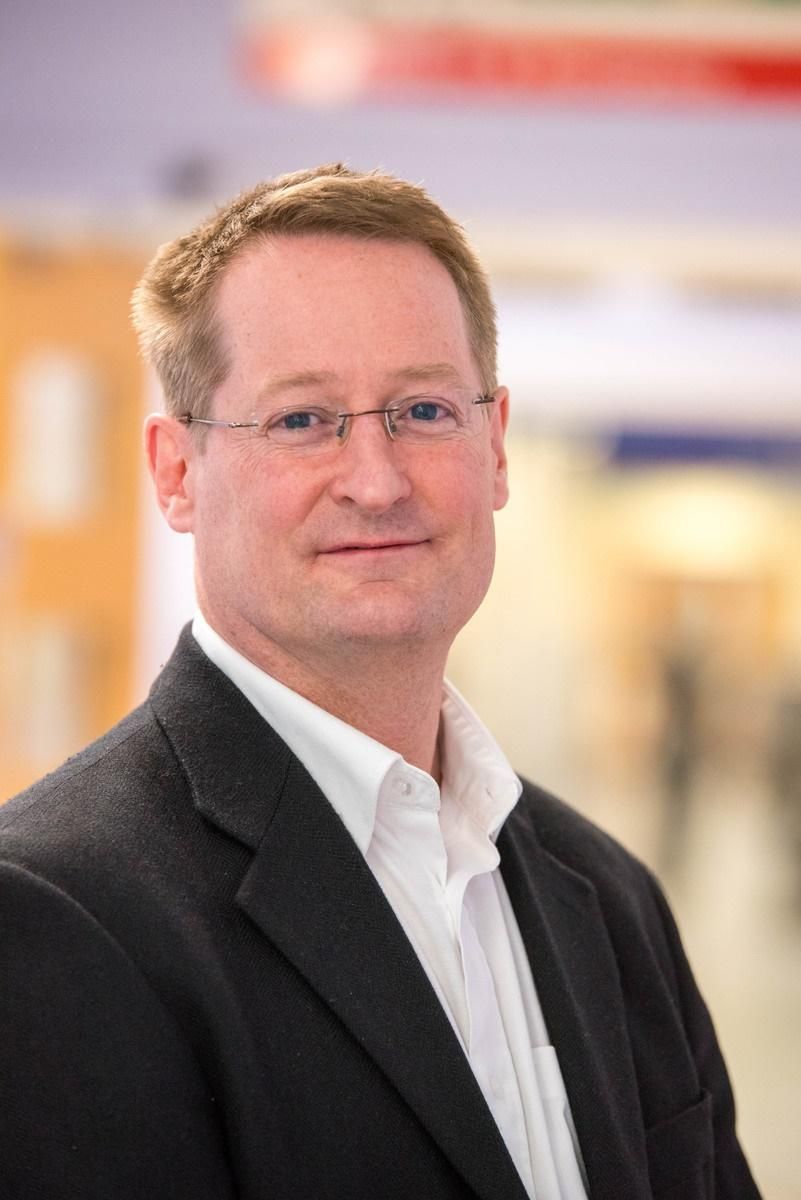 Graduating from Leicester Medical School in 1987, Duncan undertook general surgical and urological training in Plymouth, Southampton and Portsmouth, obtaining Reconstructive Fellowships in the USA (Texas, North Carolina and Arkansas) and at the Institute of Urology in London, with a further Fellowship in advanced Andrological surgery, also at the Institute of Urology, including prosthetic surgery.

A Consultant since 2001 he moved to Leicester in 2005 on leaving the Royal Navy as a Surgeon Commander after 19 years of active service with numerous deployments, both on land and at sea, to areas of unrest and conflict throughout the world. His major interests are in surgical andrology and the structure/provision of surgical services and workforce planning.

He leads the East Midlands Penile Cancer Supra-network (6.5 million population) and has chaired the East Midlands Regional Training Committee since 2009. He was Chairman of the European Association of Urology (EAU) Guidelines Panel in Urological Trauma 2009-2015 and has examined at his local Medical School and for the FRCS (Urol) for over 12 years (now an assessor of examiners) and sat on the Intercollegiate Board of Urology until 2017

He was the President of the British Association of Urological Surgeons (BAUS) from 2018 to 2020 after 15 continuous years of service in various peer-elected positions (Regional Representative, Secretary and Chairman of the Section of the Andrology and Genito-Urethral Surgery, Honorary Secretary and Vice President) within BAUS.

He was elected President of the Federation of Surgical Specialty Associations (FSSA) in September 2020 and enjoys the challenges of representing the breadth of surgical practice. 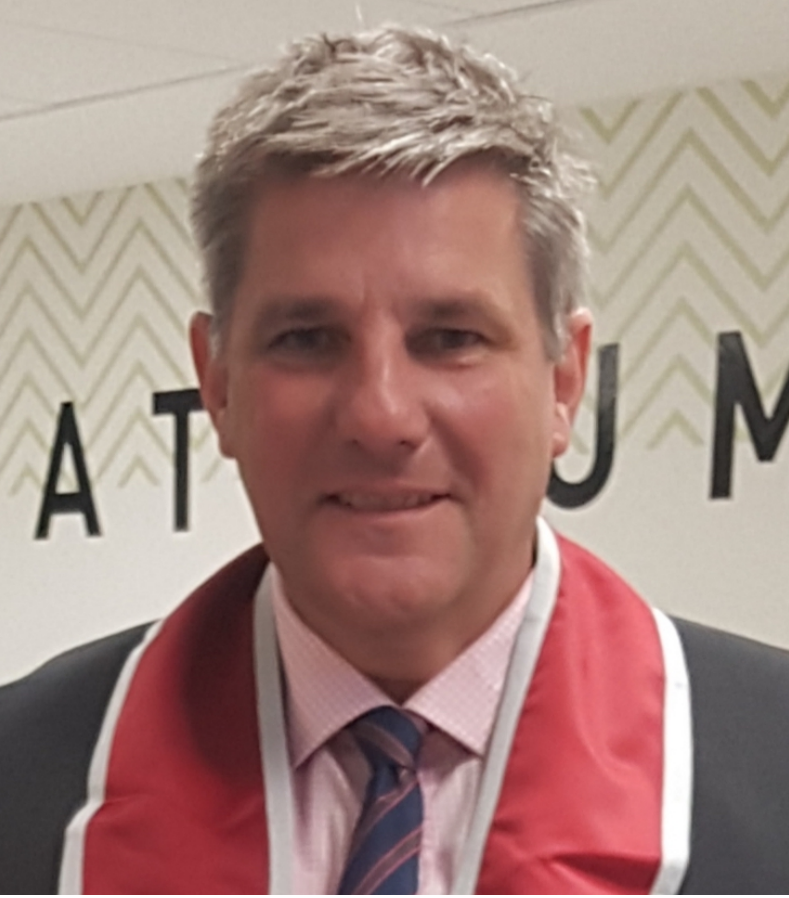 Professor Shafi Ahmed is a multi award winning cancer surgeon, teacher, futurist, innovator, and entrepreneur. He is a 3x TEDx and an international keynote speaker and is a faculty at Singularity University. He has been awarded the accolade of the most watched surgeon in human history using augmented reality, virtual reality and social media to reach global audiences for his surgical training operations. He cofounded Medical Realities who released the worlds first VR Interactive Surgical Training Module. He is an honorary professor at The University of Bradford. In 2017 he was the top British Asian star in Tech and received this award from HRH Duke of York. In 2018 he received the Future NHS award from members of parliament. He has been recently appointed as the CEO of the first Digital Hospital in South America. 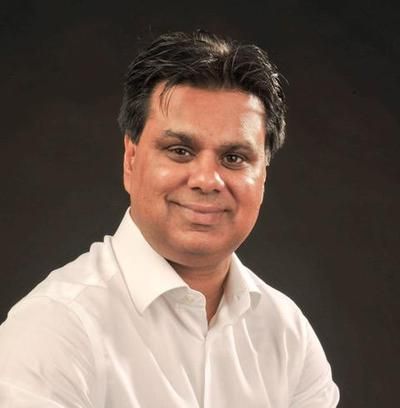 Creating a culture of change in Surgery

Driving surgical teams forwards in their continued pursuit of improvement and improved patient outcomes, we consider the raft of ways in which the culture of change in surgery is evolving

We explore the huge changes that are happening right across the delivery of surgery, from innovation in techniques, devices and systems, to life sciences research that is changing the way we can personalise treatment for patients, new products and disruptive technologies that are revolutionising patient experience and care, all supported by the adoption of digital first across the healthcare system